The four-star Hotel José Régio is located in the emblematic Facha Building, in the heart of Rossio in the city of Portalegre, which makes it a privileged option for both business and leisure trips.

This hotel, with decoration centered on the work and the Regal figure, comes to give back a bit of history to the people of Portalegre and pay tribute to one of the most outstanding figures of this city, José Régio

The hotel invites you to stroll along the paths once traveled by José Régio, to discover the José Régio House Museum, which is very close to this space, so often frequented by this illustrious figure in Portuguese history and literature.

As a businessman, who travels all year long I can say that this hotel has everything that a man like me may need.
Kurt Smith
SATISFIED CUSTOMER
When i and my family were touring the Midwest last summer, we planned to stay in Indianapolis for a while.
Lyndon Johnson
SATISFIED CUSTOMER
I’ve been to a lot of Rustbelt’s hotels in the last few years and this one is definitely one of the best ones.
Eleonora Giovanardi
SATISFIED CUSTOMER

Designed by the architect from Portalegre, António Sajara, the hotel offers an environment of enormous comfort and tranquility, genuine hospitality and a set of services designed to provide moments of relaxation and well-being.

The José Régio hotel is an environmentally friendly hotel, that does not use disposable plastic packaging, 100% non-smoking, equipped with solar panels for water heating; photovoltaic cells for electricity production, in order to reduce electricity consumption; energy-saving lighting throughout the building. Certified by "Biosphere Responsible Tourism".

The hotel has a pleasant dining room, a conference room and a cafeteria full of Portalegre and regian history.

Moments of leisure and relaxation

To relax, this hotel offers its guests a gym, a beauty salon, a leisure room and a reading room, where you can find a large part of the Regian Work, as well as works by other famous names in Portuguese literature.

RATED WITH 4 STARS BY 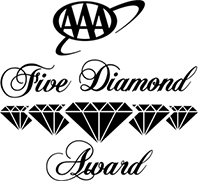 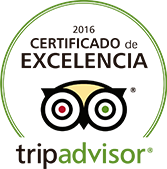 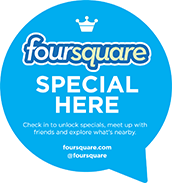 The Hotel José Régio is located in the municipality of Portalegre in the North Alentejo, in the heart of the Serra de S. Mamede Natural Park. Portalegre is a city that lies between the plain and the mountains, enjoying an enormous cultural, scenic and gastronomic wealth.

In addition to its landscapes (and the tourist triangle Portalegre-Marvão-Castelo de Vide), the vast offers of Rural and Urban Tourism, its gastronomy, its wines, olive oils and even various regional products (the Eggs candy, Portalegre Almonds, cheeses, sausages, among others).

Castelo de Vide is a Portuguese village from the 16th century, located in the district of Portalegre.  This village surprises those who visit it, for its castle, for the landscape that can be seen from it, for the richness of the thermal waters, for the green shadows that abound in it, for the streets that keep the atmosphere of a medieval time intact.

As you climb through the woods of the S. Mamede mountain range, the relief of the mighty Marvão castle and the walls of its fortress emerges more clearly.

Continuing to climb, the town becomes known: in the small streets and picturesque corners, in the Gothic windows, in the graceful wrought iron balconies, in the churches, in the shields and armillary spheres of D. Manuel I, in the City Hall.

When, finally, you arrive at the Castle, you are rewarded by a view of indescribable beauty.

Vila de Marvão is located in the District of Portalegre, at the top of Serra do Sapoio, at an altitude of 860 meters.

The village and the rugged mountains in which it is located have been inscribed on the UNESCO World Heritage List since 2000.

Elvas raiana city, belonging to the district of Portalegre, invites you to know its various forts, walls, aqueduct and castle, which are UNESCO heritage.

Campo Maior, near the border of  Spain and located in the district of Portalegre, is a beautiful and quiet Alentejo village, where there is the interesting Coffee Museum and where the flower festivals take place.

UNESCO has classified the Campo Maior Flower Festivals as the Intangible Cultural Heritage of Humanity.

The Hotel has some thematic programs, which provide you…

One night of accommodation with breakfast, possibility of late check-out, visit to the José Régio House Museum and the Tapestries Museum.

Two nights accommodation with breakfast, a dinner for two with special mountain bike menu, possibility of late check-out, 20% discount on treatments and massages, discovery of the city by bike.

One night of accommodation with breakfast, possibility of late check-out, sparkling wine and special decoration in the room, a dinner for two with romantic special menu.

Note: These “Moments” must be booked 48 hours in advance.